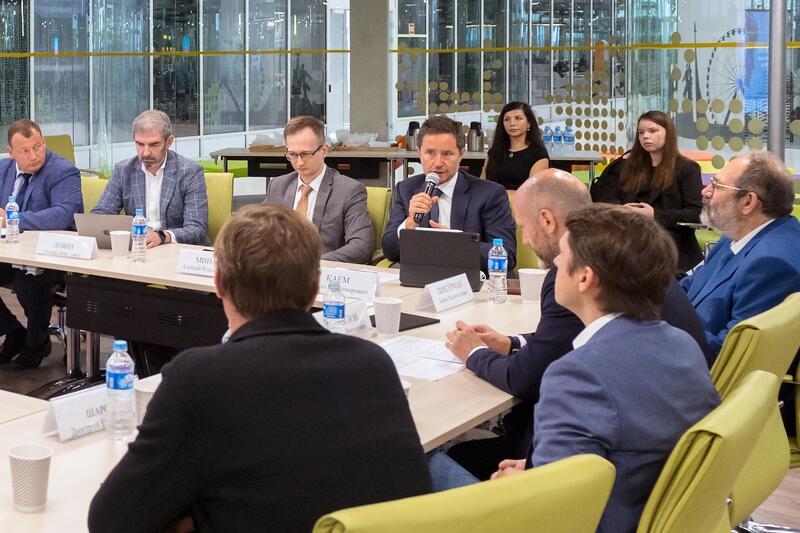 Presentation of the Survival Assessment Tool by Data MATRIX

On August 11, a demonstration of a predictive analytics tool for estimating patient survival based on RWE took place at Skolkovo Innovation Center.

An important feature of the presented tool for predictive analysis of Real-World Data is its countrywide potential, and the ability to collect and analyze data on different patient cohorts. That in turn allows the estimation of the survival of a patient based on their individual parameters and performed or planned treatment, before being compared with the best treatment option for similar baseline data. Machine algorithms collect information about patients from medical records received from prevention and treatment facilities, pharmaceutical companies, and researchers in 29 regions of the Russian Federation.

The meeting was held with the participation of: the "Central Scientific Research Institute of Medical Research", Russian Ministry of Health, represented by Mikhail Levin; the Russian Ministry of Economic Development, represented by Vladislav Fedulov, Alexei Minaev and Igor Drozdov; the National Medical Knowledge Base association, represented by Boris Zingerman; I.M. Sechenov First Moscow State Medical University; and representatives of law firms and regulatory organizations. The event was also attended by representatives of major international and Russian pharmaceutical manufacturers such as Novartis, Janssen, and R-Pharm.

Data MATRIX, which is involved with breakthrough activities in the field of Real-World Evidence in the domestic market, was presented by the Deputy General Director for Strategy and Product Development, Alex Loleit and Medical Director, Polina Spigotskaya.

The company's medical director, Polina Shpigotskaya, graphically demonstrated the tool's capabilities to the participants, using breast cancer patients as an example. However, the product is also suitable for other therapeutic areas. In real time, the system processed the information about cancer patients with specified parameters, such as sex, age, degree of malignancy, and menopause status, and displayed in graphs and excel tables the prognosis of survival with the best treatment option for the cohort. The company plans to expand the functionality of the platform, increase the database through partnerships with medical institutions, and scale up the system throughout the Russian Federation.

"Obviously, the regulatory sandbox that has come into force opens up great opportunities for developers to create datasets. And while earlier the question of confidentiality of medical data was extremely acute, today we see that the platform collects depersonalized information, which does not violate the law on the transfer of personal data in any way. Thus, the launch of this regulatory protocol should give the necessary impetus for the industry to commercialize the collected data."

Kirill Kayem, Senior Vice President of Innovation at the Skolkovo Foundation, also voiced his support for the project:

"This integrated platform will be the first in the country and will seriously accelerate the development of digital medicine in the Russian Federation. And the main thing is to help patients. We hope that the success of the project will make it possible to move from experimental-legal mode to full-fledged legal mode as soon as possible."