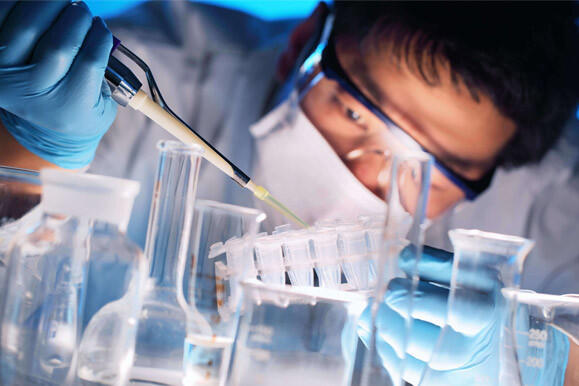 Data MATRIX is creating a National Biomedical Data Bank, which Russian representatives of science and IT developers in medicine will have free access

This year, thanks to a regulatory "sandbox," Data MATRIX became the only Russian company working on Real WEvidence (RWE) that has the right to officially conduct RWE research on Russian data.

In doing so, the company, which has received unique privileges and opportunities, is creating a Data Bank (primarily composed of anonymized medical records) to open free access to data for Russian researchers, scientists, physicians, and IT developers.

Over the past five years of the digital revolution, and especially during the pandemic, when having a real picture of what is happening and the speed of decision-making are important, RWE-research (research based on RWD data) has proven its importance to pharmacology and medicine. And according to market players, this trend will only increase over the next decade.

At the same time, the problems of RWE scaling are common in all innovative directions, products and phenomena.  This is primarily due to imperfect legislation, which simply does not keep up with the speed of technology development.

However, thanks to the creation of the EPR (experimental-legal regime), the technology market has received a tool that allows the implementation of advanced projects within the experiment, if agreed with the state.

“Participation in the digital ‘sandbox’ gives us the right to access anonymized data from medical records of any medical institution in Russia. - noted Data MATRIX. - However, in our opinion, it is absolutely incorrect to "sit” on this data, which can already help Russian scientists to conduct scientific research in medicine and IT-developers to create innovative products. The creation of the Biomedical Data Bank together with the NBMH Association (National Medical Knowledge Base) can provide the necessary impetus for the development of advanced Russian medicine.

Similar projects already exist  worldwide. For example, back in 2006, a large-scale study of UK Biobank began in Great Britain. The study analyzes whether genetic predisposition or environmental influences, including diet, lifestyle, medications and other factors, have a stronger effect on people.

UK Biobank recruited 500,000 people aged 40-69 from across the country to participate in the project. They provided blood, urine and saliva samples for future analysis, ,gave detailed information about themselves, and agreed to monitor their health.

The resource is available at no cost to scientists and students conducting health research. Approved scientists from the UK and other countries, as well as academic, government, philanthropic and commercial companies, can apply to use the resource.

"DataMATRIX, in our view, is a leader in the RWD/RWE segment," said NBMH Association CEO, Boris Zingerman. "It is able to take the lead in technical, organizational and legal support for the circulation of medical data. And this gives impetus to the Data Bank project in Russia.

The goal of the meeting was to explain the role of the regulatory sandbox for RWE projects and the implications for pharma.
#news

The Ministry of Economic Development of Russia announced the participation of Data MATRIX in the regulatory sandbox.
#news
✕ close